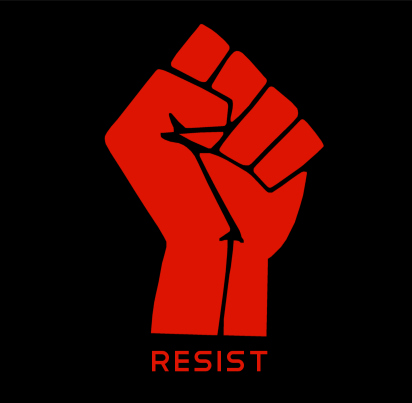 Expected activity is minimum of 15 posts every 24 hours.

The Resistance is a group working to overthrow a dystopian government. It currently has nine members allowed to go on missions. What they don't know is their group has been infiltrated by three government spies working to sabotage them.

For three to five rounds, players must depend on each other to carry out missions against the government. At the same time, they must try to deduce the other players’ identities and gain their trust.

Each round begins with a leader. When ready, the leader will propose to send players on a mission. This is called an assignment. Everyone votes on whether or not to approve the assignment. If an assignment fails, the role of leader will pass on to the next person. Once an assignment passes (simple majority), the chosen players secretly decide to pass or fail the mission. Based on the results, the mission succeeds (Resistance Operatives win) or fails (Imperial Spies win). When a team wins three missions, they have won the game.

The order of leaders are randomly selected.

As leader, you have a maximum of 24 hours to propose who will go on the next mission. To propose a finalized list for everybody to vote on, please bold a list of player names using the [b][/b] command. When you have submitted names in bold, that is the assignment that will be voted on. Each assignment requires a specific amount of players. *Each mission will fail with only one vote to fail, except for mission four which takes two "fail" votes to fail.

When an assignment has been put up to vote, players have 24 hours to vote on it. Players must bold their vote by surrounding the word "Approve" or "Deny" with the [b][/b] command. This is done publicly. When you have submitted your vote in bold, your vote is locked in and cannot be changed. The order or time you vote is at your own discretion.

Should everyone's vote be in earlier than the deadline, or a simple majority be reached before everybody votes, we will automatically move on to the next phase, whether that be the next leader (which means the assignment was denied) or the mission (assignment passed).

Players that were selected to go on the mission will PM me their vote to pass or fail the mission. These players will have 12 hours from the time the assignment was passed to vote. Public discussion can take place as normal during this time.

The result of the mission will be publicly revealed. The host will reveal the vote tally. The next round will immediately begin with the next leader.

Your immediate removal from the game is at the discretion of the host for breaking any of these rules or general disruption, in which case a back-up player will take your place.

Thirty13d 7h
That’s not how you use that word. Jesus Christ.

Thirty12d 23h
Game will start tonight then, I can take up to two more people if anyone else signs up by then.

tough12d 22h
thirty let your haters kick rocks and mute them. let them feel inferior to you, just like they are in real life. you gotta bust those egos who let themselves feel impactful on the internet. just had to say that. have fun hosting your lil game :)

axemblue412d 12h
Where is your Survivor game

nightmarex12d 7h
Senty is a resistance.

Senty is a resistance.

Thirty11d 20h!
-1
People need to confirm and I had more interest than I anticipated. No need to be so rude, especially as a mentor of this site. Have a little self respect!

Of course! Messaged you!

asumi11d 16h
Are we starting I think im all set

Thirty10d 10h
Okie never confirmed so we only had 6 people, sorry. Nicol was apparently going to sign up and has not.