The Case Of Rhonda Hinson3 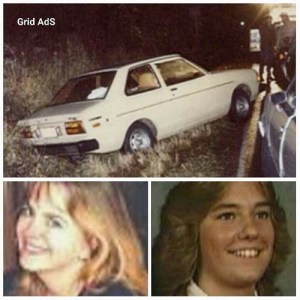 Rhonda Hinson was a young woman born on the 13th of December in 1962. She was born in North Carolina and had a brother called Robert. She lived with both of her parents (Bobby and Judy Hinson). When she was growing up in high school, Rhonda Hinson was known to be smart, popular and funny. She had a salubrious childhood.

This case starts on the 22nd of December in in 1981 when Rhonda went to her first workplace party. She just graduated from high school and worked as a clerical worker. Rhonda left the party with her two friends and dropped them off at midnight. She didn't stay with her friend and drove back home which was about 10 miles (16 kilometers) from her friends' house.

Around 2 am, Rhonda's mother roused because of an ominous dream she had about Rhonda being in an accident. She told her husband about the dream, and they checked the police scanner to see if there was any news about a car accident. There wasn't a car accident, but there was news about a homicide with Rhonda being the victim. In the crime scene, Rhonda's car was found lying on the side of the highway which was about 1.5 miles (2.4 kilometers) away from her house. The vehicle was found in a ditch with the driver's side door open. Rhonda's body was later found nearby and saw her arms to be positioned deliberately. After the police ascertained her body, they asserted that Rhonda was shot.

When the investigation started the police discovered that Rhonda was acting unusually strange in the past weeks. She felt uncomfortable driving to work by herself or to the mall which is why she would ask her dad to drive her to her work and the mall. She would tell her dad that she had bad news to him but never actually told him. There was also a time when she asked her mom if it was okay to sleep with a married man. Rhonda's mom did not know why she was asking her this, and she didn't that Rhonda was seeing anyone older than her. Rhonda was known to have Insomnia, and she would take showers in the middle of the night.

Multiple witnesses told the police that they might have seen something that could help them on the night of Rhonda's murder. One of the witnesses was a woman, and she told them that she saw two males in a blue car sitting on the side of a highway while driving. The car was around the same place Rhonda would use as an exit to get back to her house. This car was also seen 40 minutes before Rhonda's murder and about 200 meters away from the place where Rhonda's body was located. The other eyewitness asserted that in the morningtide after she died, they saw a blue car too around where Rhonda was murdered. This witness also reported that he saw Rhonda in her car with a man standing next to the drivers' door.

After the murder, there have been numerous suspects in this case, but there hasn't been any substantial evidence which means that the case is still unresolved.

"I think it’s clear that Rhonda was sleeping with a married man, and this man was the one who killed her. I believe that he killed her because she either wanted to end the relationship and he wasn’t handling it well, or she got pregnant and he decided to kill her. Personally, I believe that Rhonda soon found out that it was not okay for her to sleep with a married man and to break up a family, so she told this man that she wanted to end the relationship with him. This explains why she asked her mother if it was ever okay to sleep with a married man, and even told her father that she had some bad news to tell him. It also makes sense why she was taking showers in the middle of the night since she believed that she shouldn’t have been sleeping with him and that’s why she felt so dirty. When Rhonda told this man that she didn’t want to see him anymore, he started threatening her which is why she asked her father to drive her around everywhere. When Rhonda decided to take the bold step to drive herself in the middle of the night to a party, the man took his chance and killed her." https://www.beingshreya.com/unsolved-cases/2019/2/1/the-unsolved-murder-of-rhonda-hinson-1981-shreya-sachdev

"Maybe Rhonda cut off, or otherwise angered, two (possibly drunk) guys who were driving a blue Chevy. Maybe one of them, in their anger, pulled out a gun and shot at her vehicle, not really meaning any harm but wanting to scare her as payback for some perceived slight. The part about the shot looking professional, because it would have been a particularly hard shot to make, kindof corroborates this, in my thinking. Maybe no one was actually trying to make that shot, and the fact that the shot actually struck Rhonda and had the perfect trajectory was purely accidental. When the two men saw the car crash, they stopped to check on her. Maybe she had crashed out of fear from the gunshot? When they open up the drivers side door, they find Rhonda unresponsive. A witness drives by and sees a man leaning in towards a woman on the drivers side of Rhonda’s car - one of the men checking on her. The men cannot rouse Rhonda, and one of them grabs Rhonda under the armpits and drags her out of the car and lays her down nearby. That’s when they are finally able to see that the bullet has actually hit her, and passed through her chest. They panic, and flee the scene." https://www.reddit.com/user/PredominantlyNervous https://www.reddit.com/r/UnresolvedMysteries/comments/9j772g/who_killed_rhonda_hinson_was_it_an_accident_or/

What do you guys think? Who killed Rhonda? Is she still alive? Do you hear her?

deletedApr 8, 2019
+1
I think the married man theory is the most plausible! Has her phone been searched for messages and stuff? I think she could've possibly been in an abusive relationship with the married man, she might've been scared of him. That would explain why she was acting strange. If the shot looked deliberate and professional, it probably wouldn't have been from a couple of drunk guys.

I'm also thinking, maybe someone found out about her affair. Maybe the wife? Is that possible?

macApr 8, 2019
the first theory relies heavily on whether or not Rhonda was pregnant, is there physical evidence of that?

the second theory sounds more plausible, but it sounds like she needed protection before then and was going to tell her dad something important (the person that was chauffeuring her). it sounds like she was in danger in general. maybe she was in an abusive relationship, but wouldnt her friends know about it at least?

i checked the reddit and the DNA wasn't linked with anyone, so i think it is more likely a stalker or someone Rhonda didn't know that killed her. as this was in 1981 i think the "traffic stop" theory works well as people have successfully posed as law enforcement to attack unsuspecting people before.

macApr 8, 2019
i definitely want to know what stinky thinks